As we approach the beginning of this busy – but wonderful – time of year, sometimes making dinner for the family can be challenging. But throwing together a simple, but yummy, casserole can be just the trick. If you have the right recipe, you can just throw together a few ingredients and come up with something that makes them think you slaved all day. You’ve got to love that, right?

Every time I make this recipe, people go crazy. I have to laugh inside because this is one of the easiest dishes I make. It truly couldn’t be any easier and you only need five ingredients. Of course, you can “pretty it up” by doing a fancy crimp on the pie crust or cutting cute shapes out of the extra pie dough. But no matter how nice it looks on the outside, the inside is going to delight the tummies of anyone who eats it. 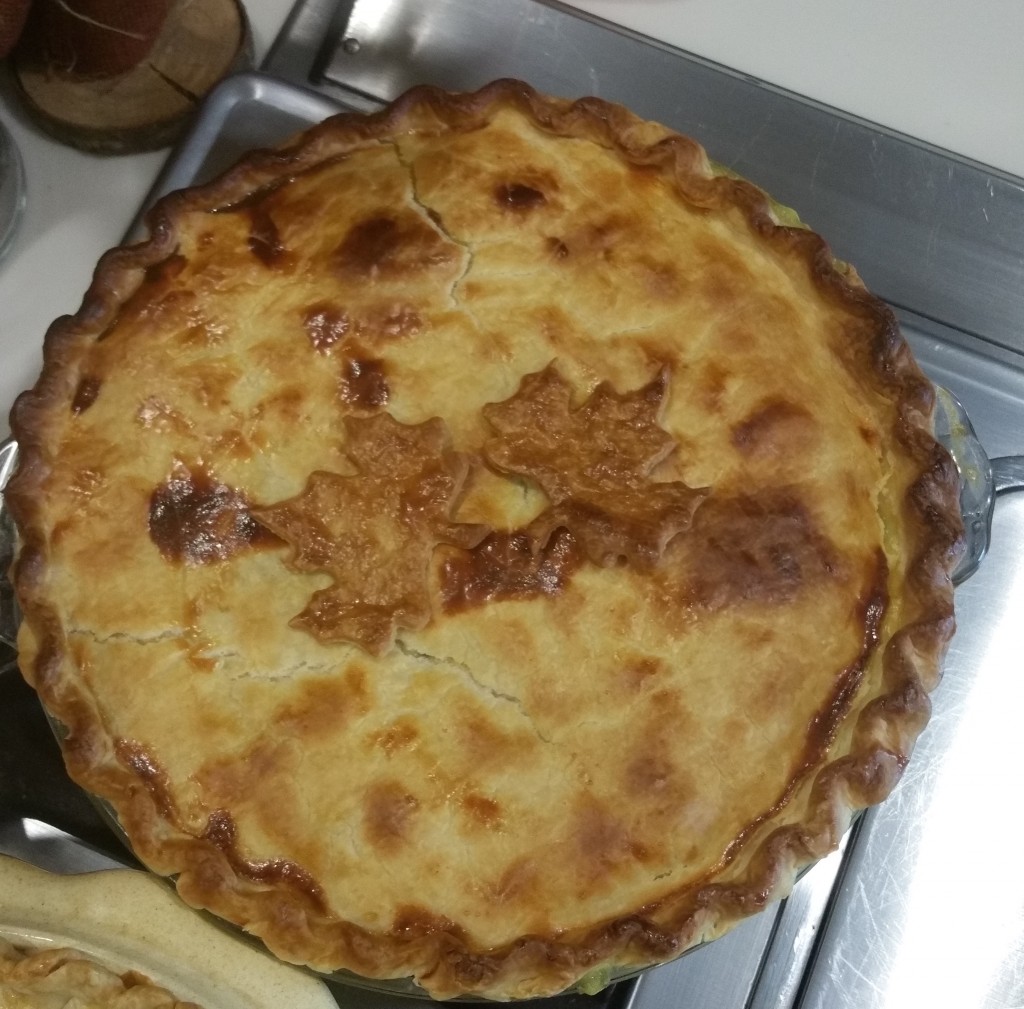 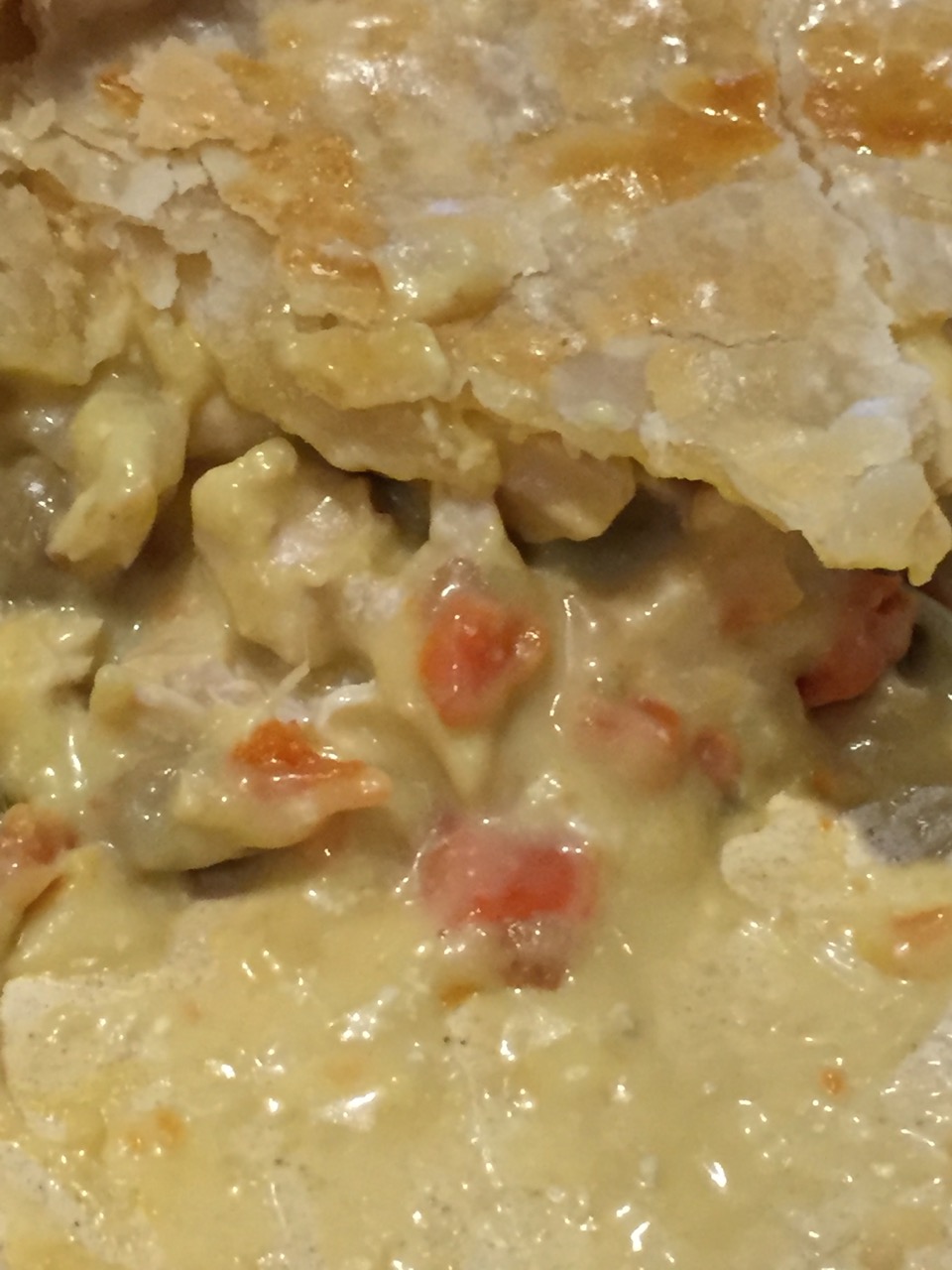 2 unbaked pie crusts
Extra pie dough for decorations, if desired
4 – 5 boneless chicken breasts, cooked and shredded
1 26-ounce can cream of chicken soup
1 15-ounce can Veg-All mixed vegetables, drained
1 egg
STEP ONE
In a large mixing bowl, combine shredded chicken, soup and mixed vegetables
STEP TWO
Pour mixture into unbaked pie shell
STEP THREE
Place second pie crust over the top of the chicken mixture and crimp
STEP FOUR
If desired, use a cookie cutter to make shapes to decorate the top of the crust
STEP FIVE
Make an egg wash mixing one egg with 2 – 3 teaspoons of water
STEP SIX
Brush egg wash over top of pie crust
STEP SEVEN
Bake at 350 degrees for approximately 30 minutes or until golden brown
THANKSGIVING CASSEROLE
Thanksgiving is around the corner so this recipe is perfect for your leftover turkey and other Thanksgiving side dishes. Your family or guests will never know you just dumped together a bunch of leftovers. They’ll just be thrilled with the results. 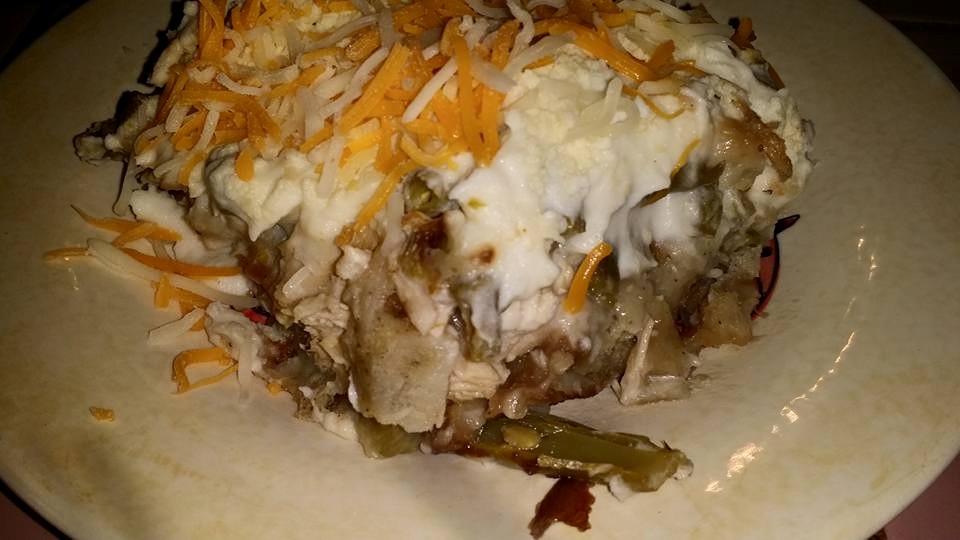 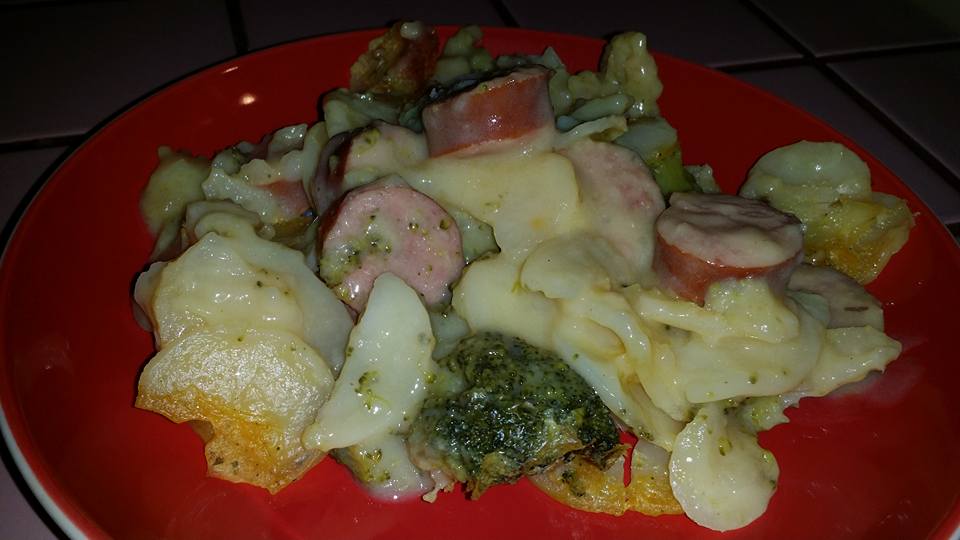 1 kielbasa sausage, sliced
3 cups broccoli, cut
4 boxes dried potato and cheese mix
Water, milk and butter, per potato mix instructions
STEP ONE
Place sliced kielbasa in a roaster
STEP TWO
Layer broccoli over sausage
STEP THREE
Layer uncooked boxed potatoes on top of broccoli and top with flavoring packet and other ingredients from box instructions
STEP FOUR
Bake at 350 degrees for approximately 35 minutes, until bubbly
CHICKEN POPPY SEED
This recipe was given to me a few years ago. Since then, my family asked for it constantly, especially at birthday celebrations. I made it so often I was afraid our friends thought it was the only thing I knew how to cook! But it’s that good. And, best of all, it’s another one of those recipes that requires very little effort but has awesome impact! 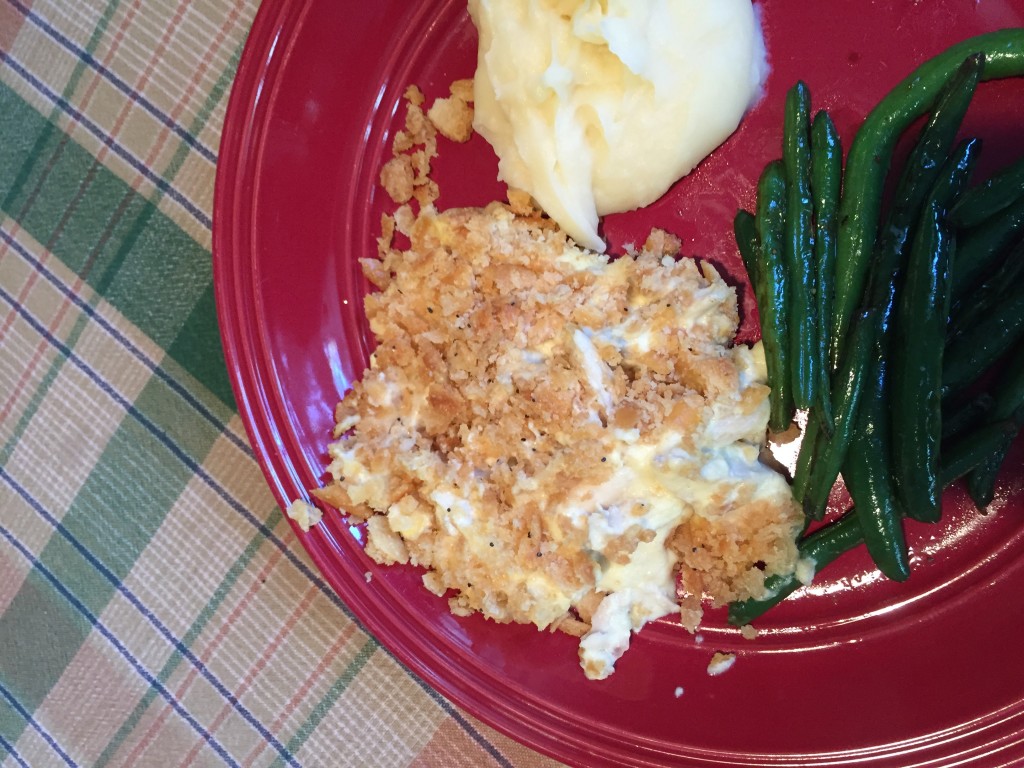 4 – 5 boneless, skinless chicken breasts, cooked and shredded
1 26-ounce can cream of chicken soup
8 ounces sour cream
Approximately 35 Ritz crackers (one sleeve)
2 tablespoons butter, melted
1 tablespoon poppy seeds
STEP ONE
In medium mixing bowl combine chicken, soup and sour cream
STEP TWO
Pour mixture into a 9 x 13 pan
STEP THREE
Crush crackers and mix together with melted butter
STEP FOUR
Sprinkle cracker over top of the chicken mixture
STEP FIVE
Sprinkle poppy seeds over crackers
STEP SIX
Bake at 350 degrees for approximately 35 minutes, until bubbly
SHEPHERD’S PIE
Mama Bear was a serious anglophile so Shepherd’s pie was a regular staple at our house. This particular recipe is from Dawn but it reminds me a lot of what I grew up eating. 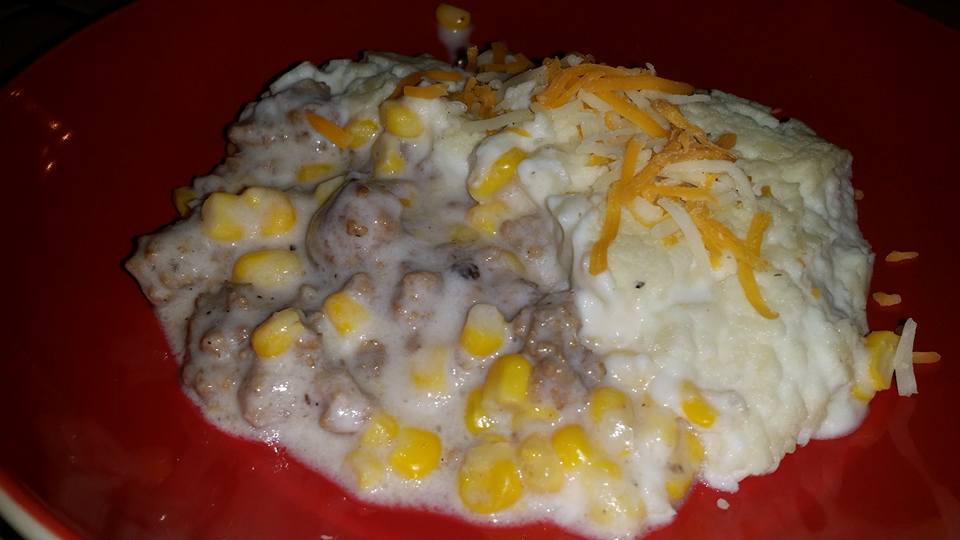