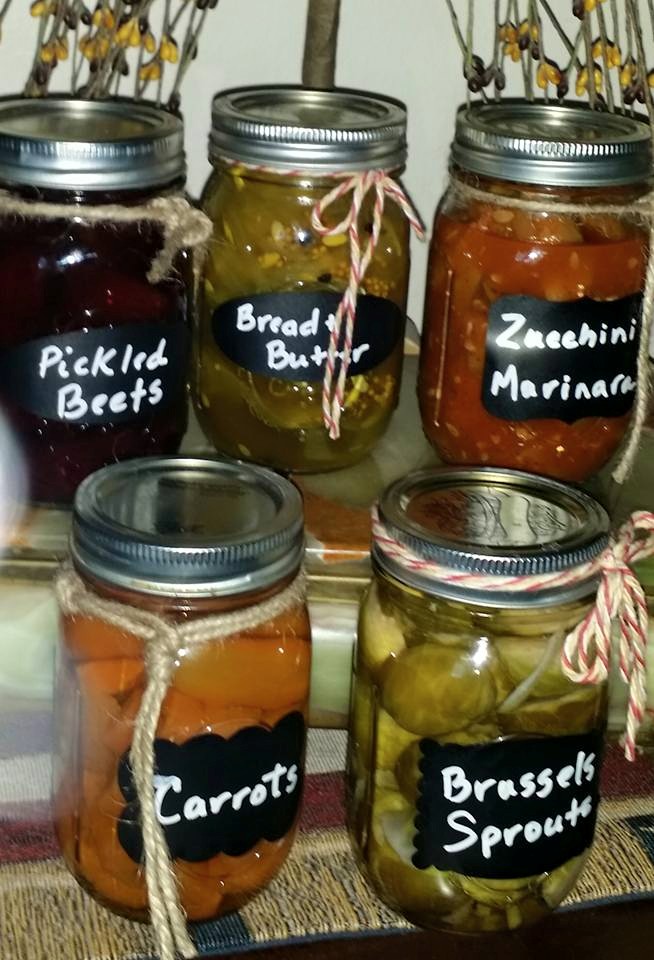 When we first moved to Indiana, my mom loved canning the vegetables she’d grown in her garden. Sadly, I usually turned down her request to help as somehow I thought there were more exciting things to do with my summer days.

Dawn, however, grew up canning and is quite the expert. She, along with some of her friends, are sharing their favorite recipes.

For those of you experienced canners, these recipes will be easy for you. For the novice canner, we’ve tried to make them as simple and easy to follow as possible.

These recipes don’t require refrigeration though we recommend they be eaten within a year. 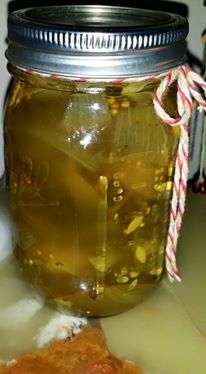 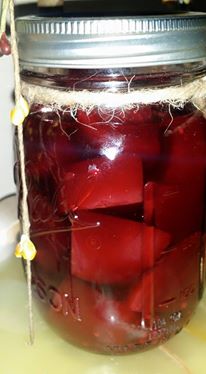 9 beets
Brine:
1 cup Sugar
1 cup Vinegar
1t Pickling Spice
STEP ONE
Cover beets in water and boil approximately 20-30 minutes, depending on size
STEP TWO
Drain beets and place in cold water, the skins should slip off easily
STEP THREE
Cut beets in chunks a little larger than bite size
STEP FOUR
Heat brine in a large pot and place beets in pot, making sure beets are covered
STEP FIVE
Bring to a boil
STEP SIX
While brine continues to boil, place beets and brine in hot jars and screw on hot lids (this should cause them to seal)
STEP SEVEN
If jars do not seal, place them in a hot water bath for approximately 20 minutes
BRUSSELS SPROUTS 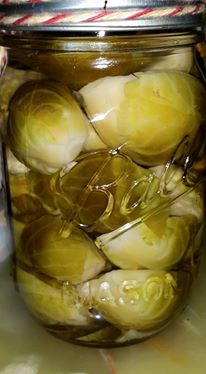 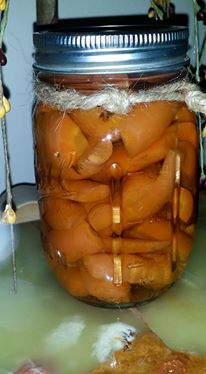 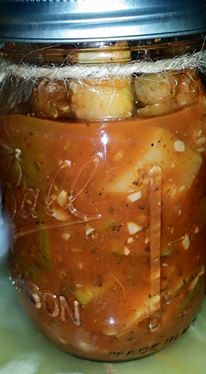