My daughter, Laura, is pregnant with her first child – and my first grandchild! Because the latest baby trend seems to be gender reveal parties, we thought we’d join in the fun.

Last month, my other daughter, Emily, Dawn and I put together a fun party for the gender announcement.

As our guests arrived, they had to “vote” on whether they thought the baby was a boy or a girl. Laura is a hair stylist and her husband, Chase, is a hockey player. So the theme of the party was “sticks or shears?” The invitations were mailed and the party planning began. 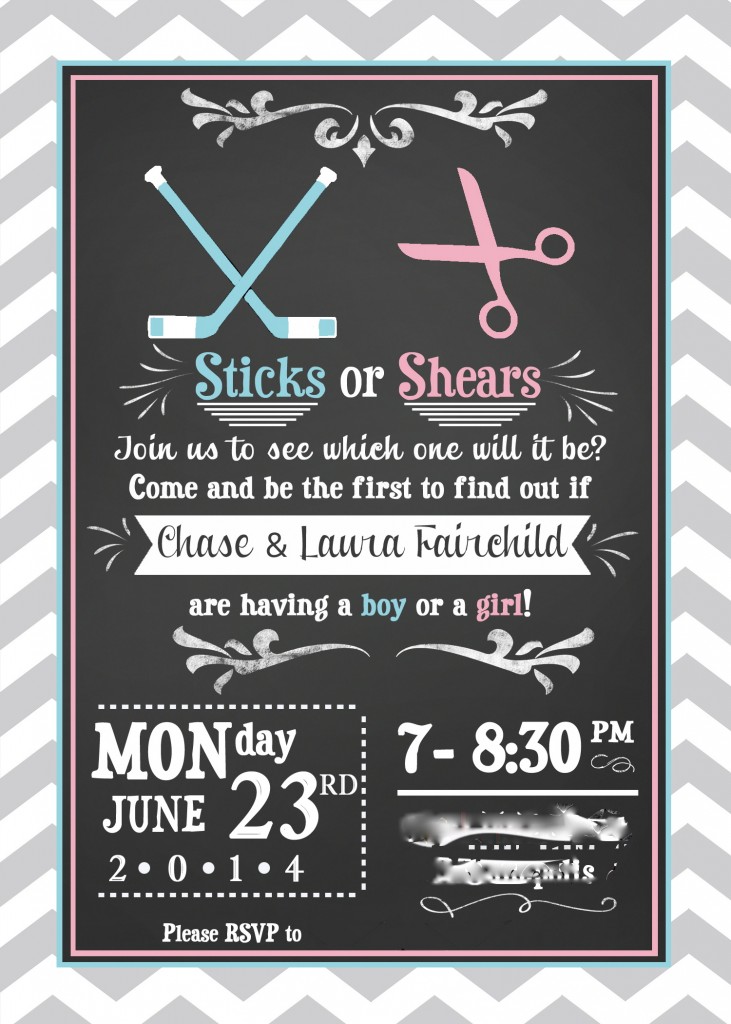 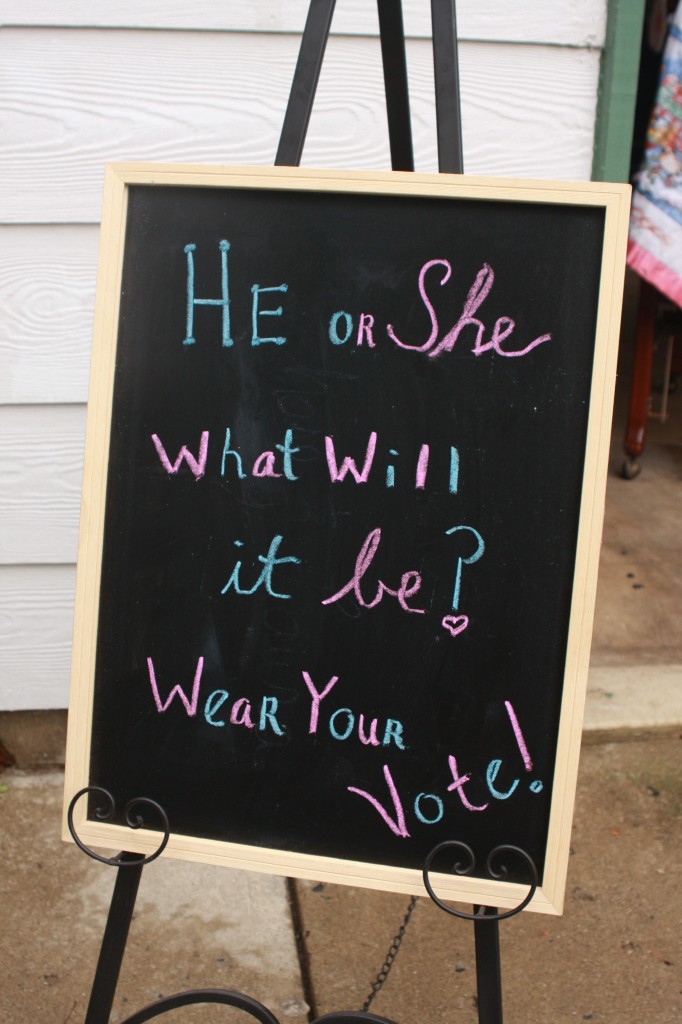 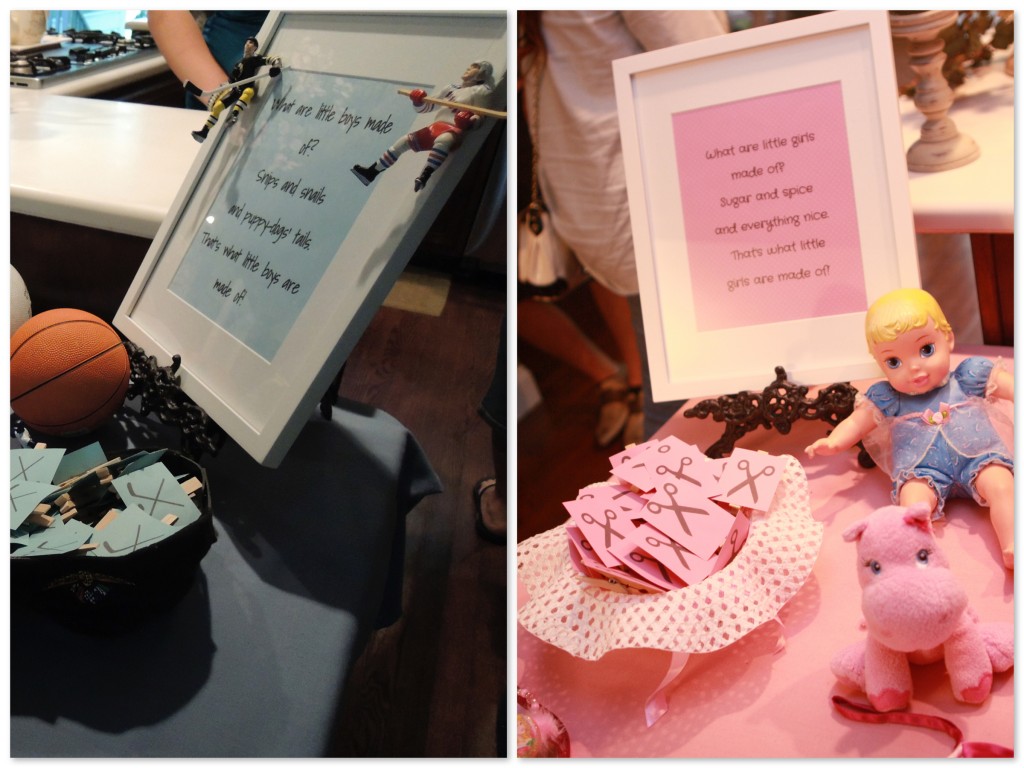 The food selection was all about blue and pink. We divided our buffet table with a pink and blue table runner. Only blue-decorated food was allowed on the boy side and only pink-decorated food on the girl side! 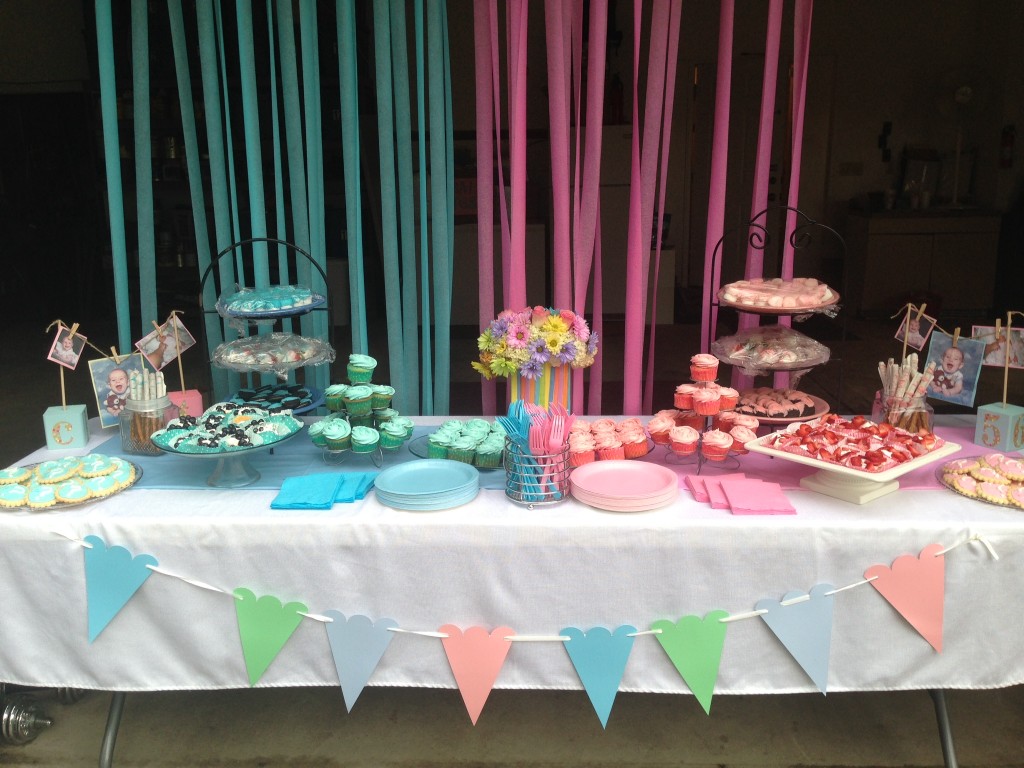 We served cupcakes, sugar cookies, chocolate covered Oreo cookies, pretzel rods and marshmallows – all pink and blue, of course. One of the guests’ favorites was strawberry and blueberry shortcakes. We put small pieces of shortcake in cupcake liners and covered them with strawberries to represent the pink and blueberries to represent the blue. A dollop of whipped topping and they practically disappeared off the table! 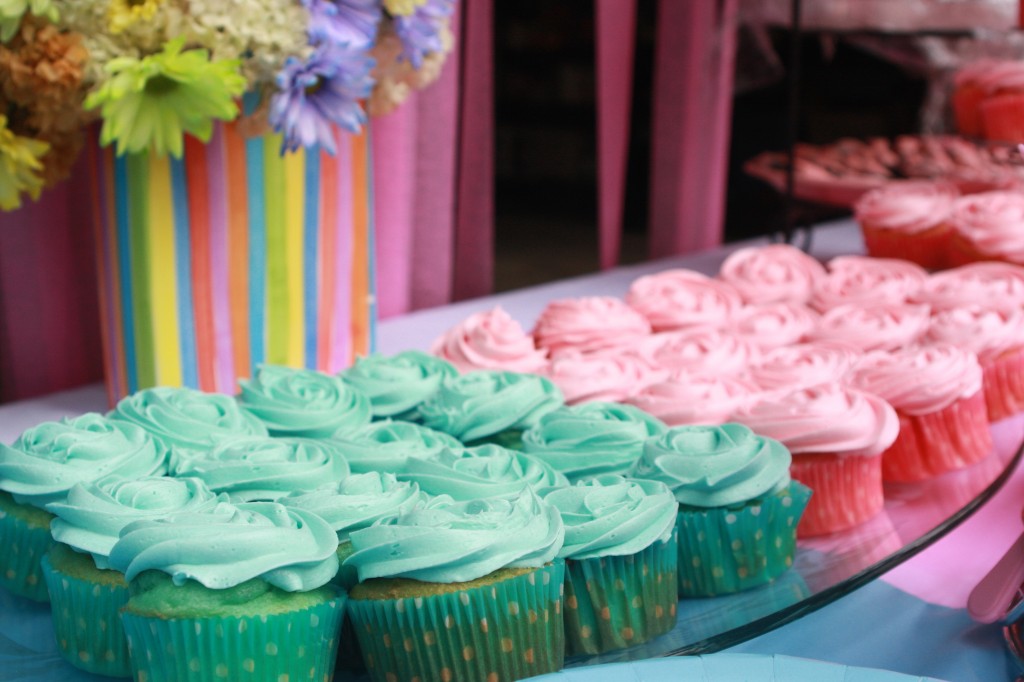 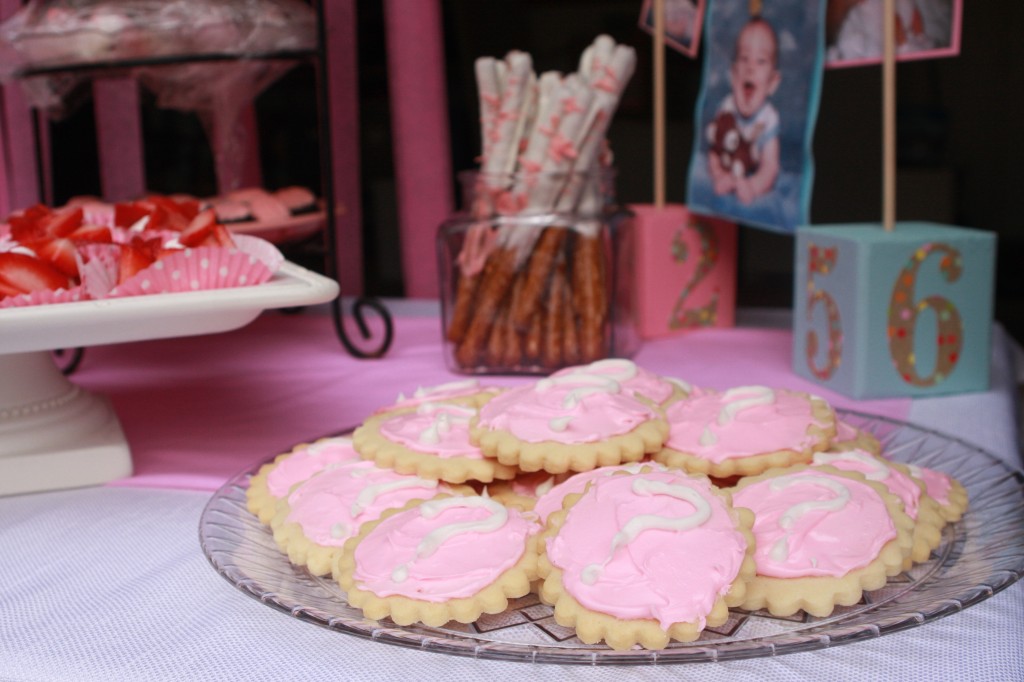 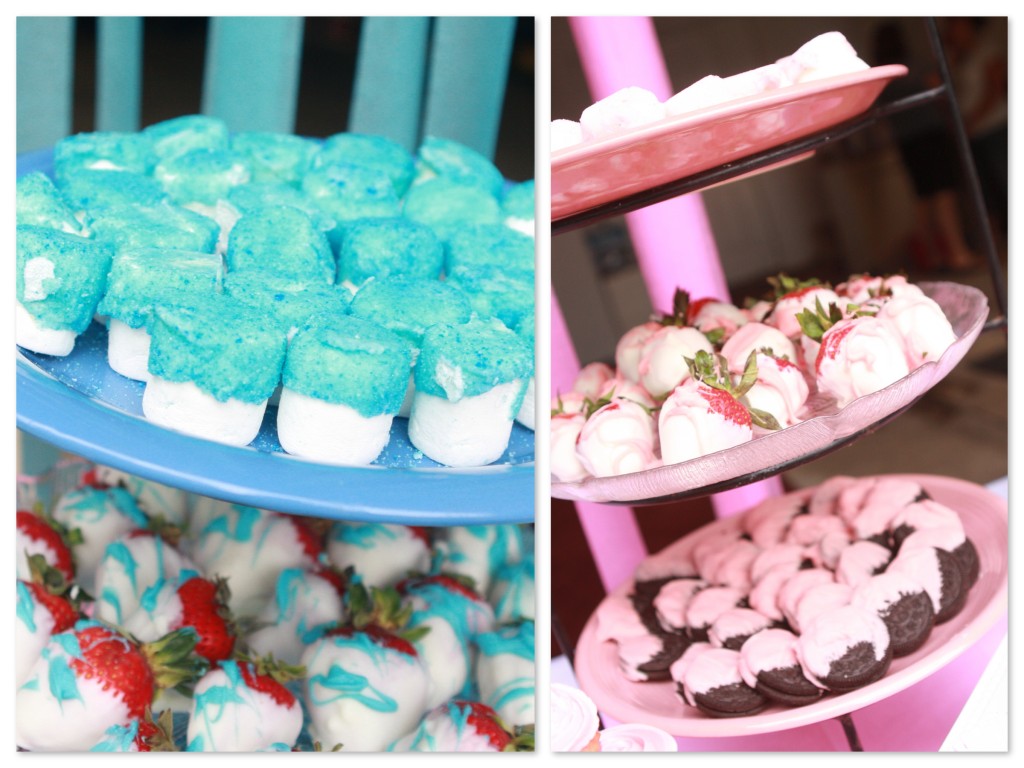 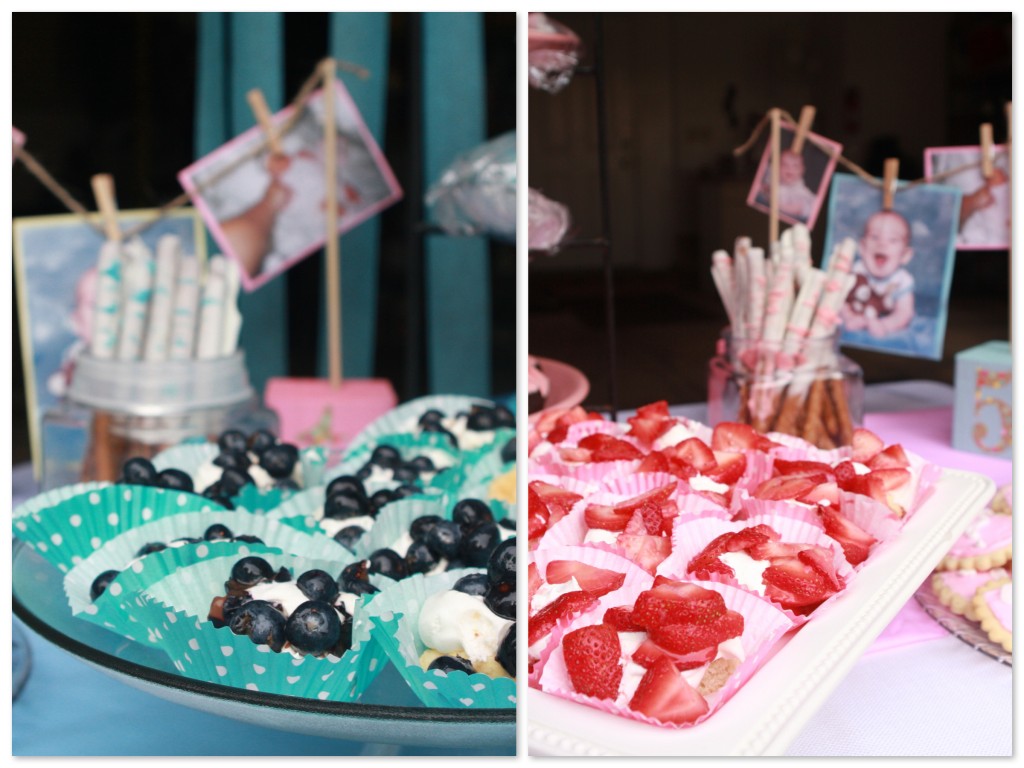 Drinks included pink lemonade and Sprite with blue food coloring. Each guest had to pick a pink straw or blue straw, depending on how they voted. 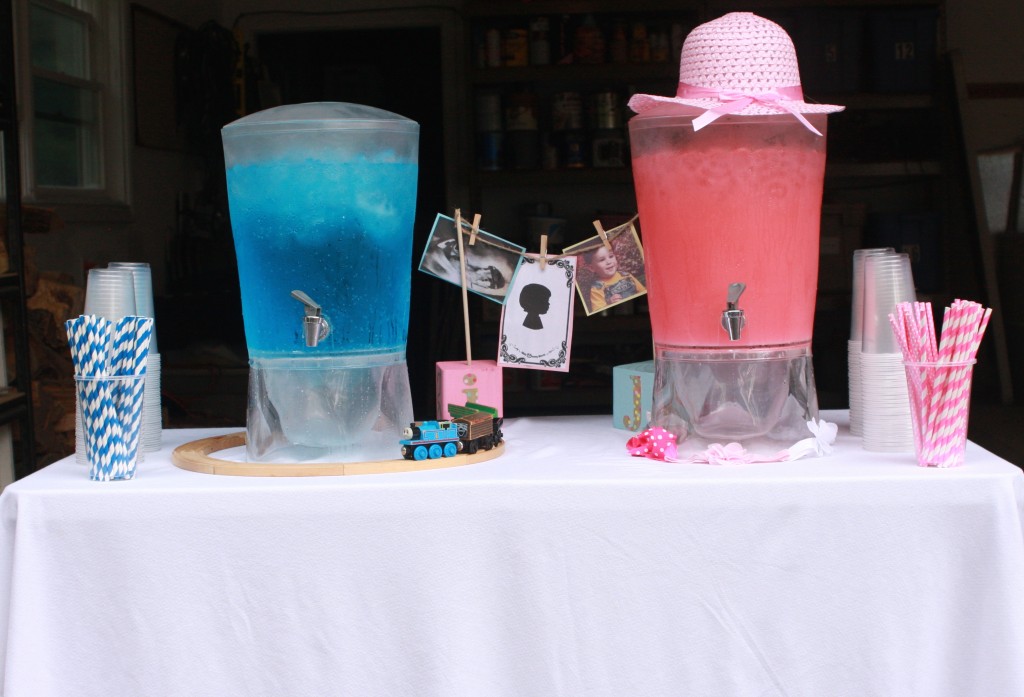 For the guest tables, we made baby blocks as centerpieces. We then collected baby picture of both Laura and Chase and hung them with small clothes pins as centerpieces. We picked white hydrangeas from the yard and completed the bouquets with a variety of pink and blue flowers. 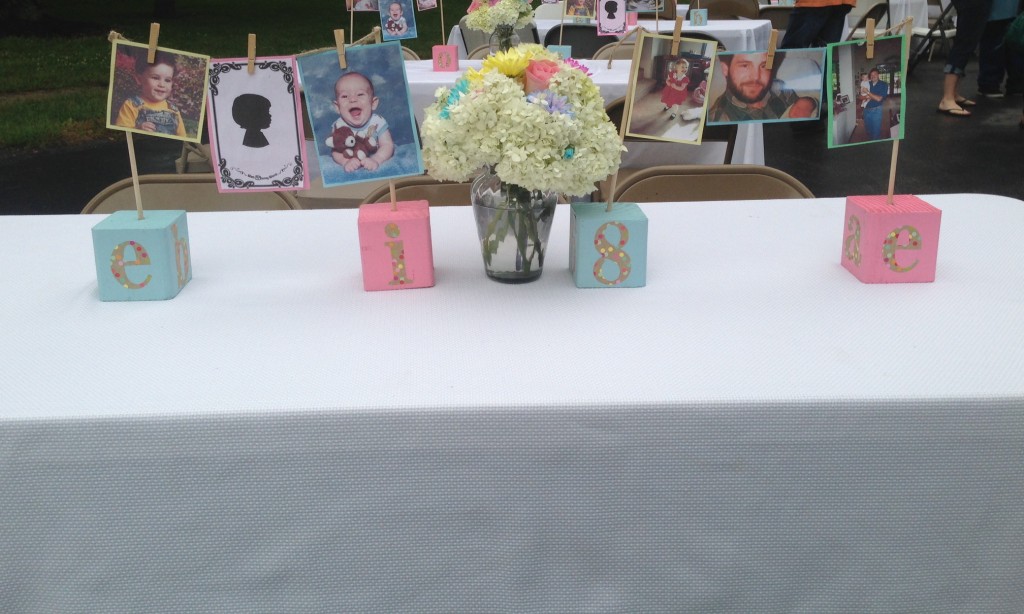 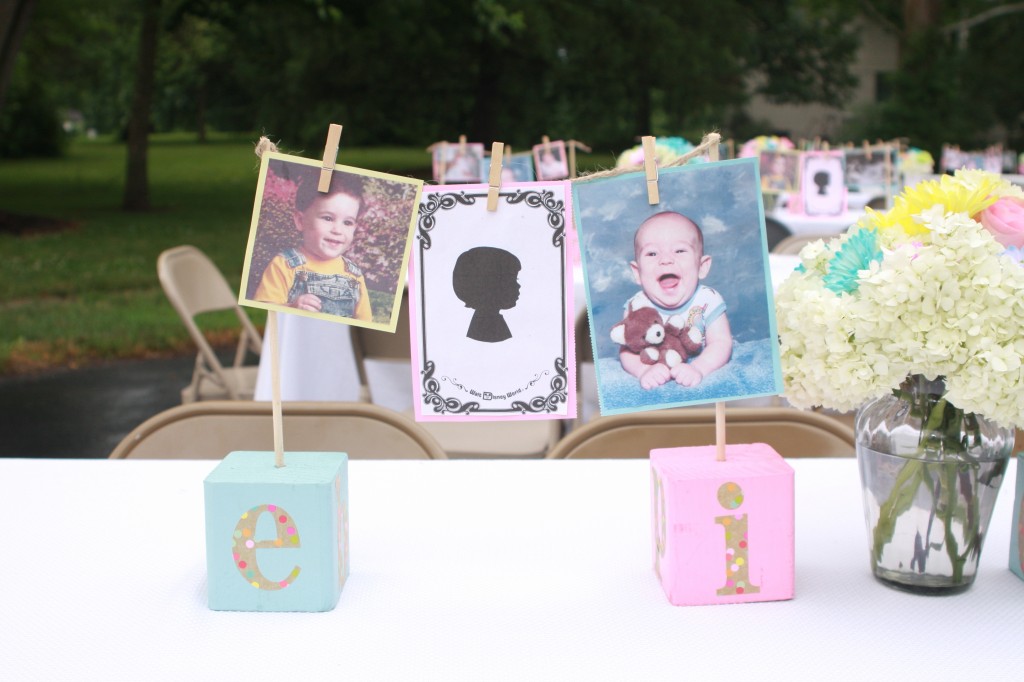 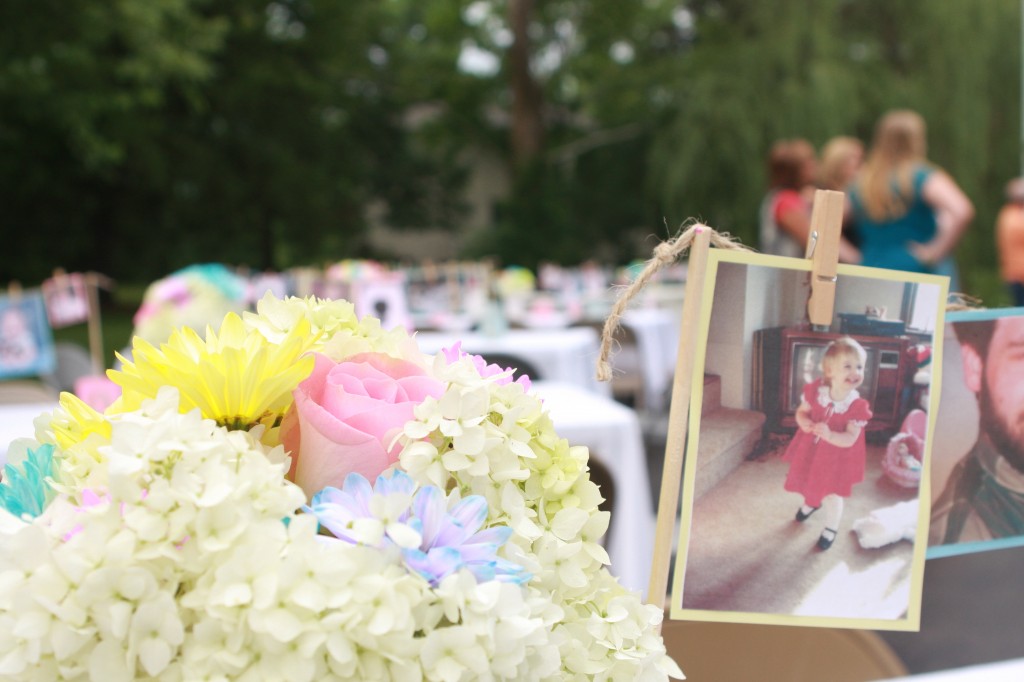 We wanted some competition between the pink and blue teams so we played Ball Toss, Corn Hole and the Old Wives Tale quiz. We kept score by hanging onesies on a clothesline.  A win for the blue team meant a boy’s onesie was hung up and, of course, a win for the pink team meant a girl’s onside went up. 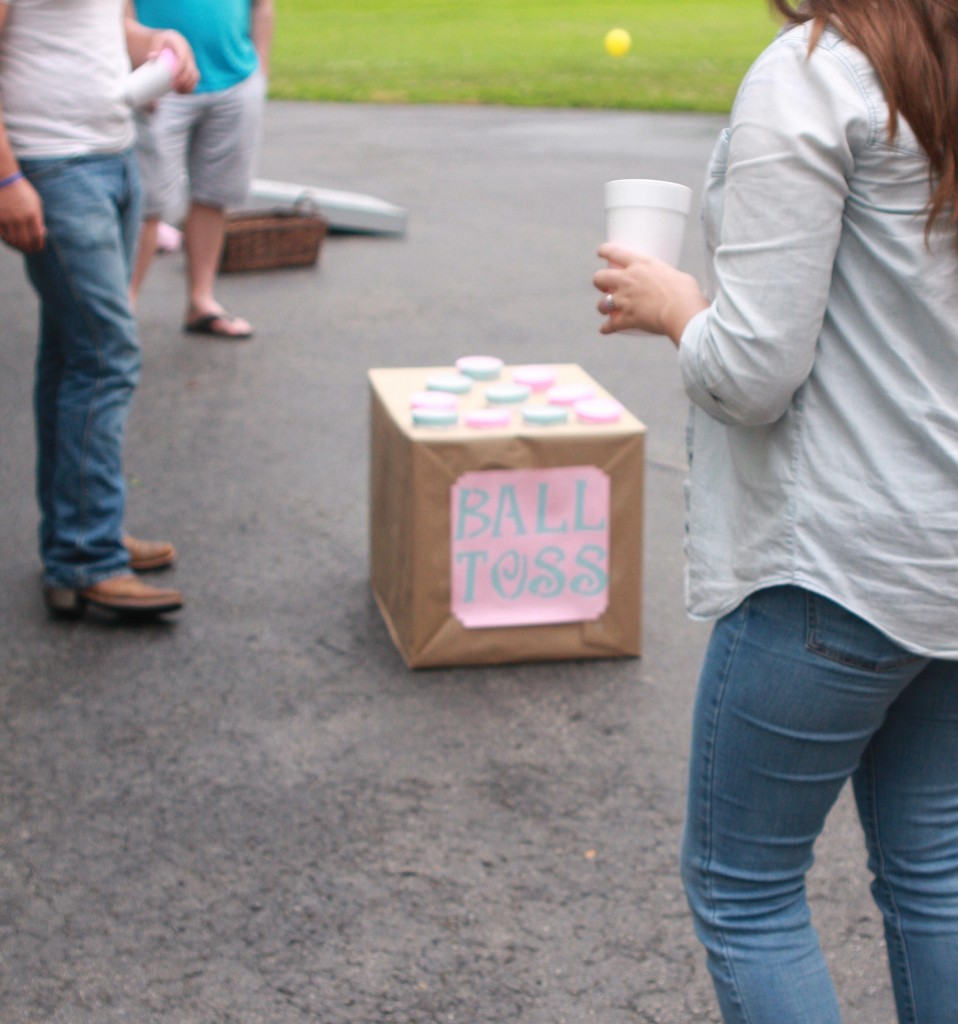 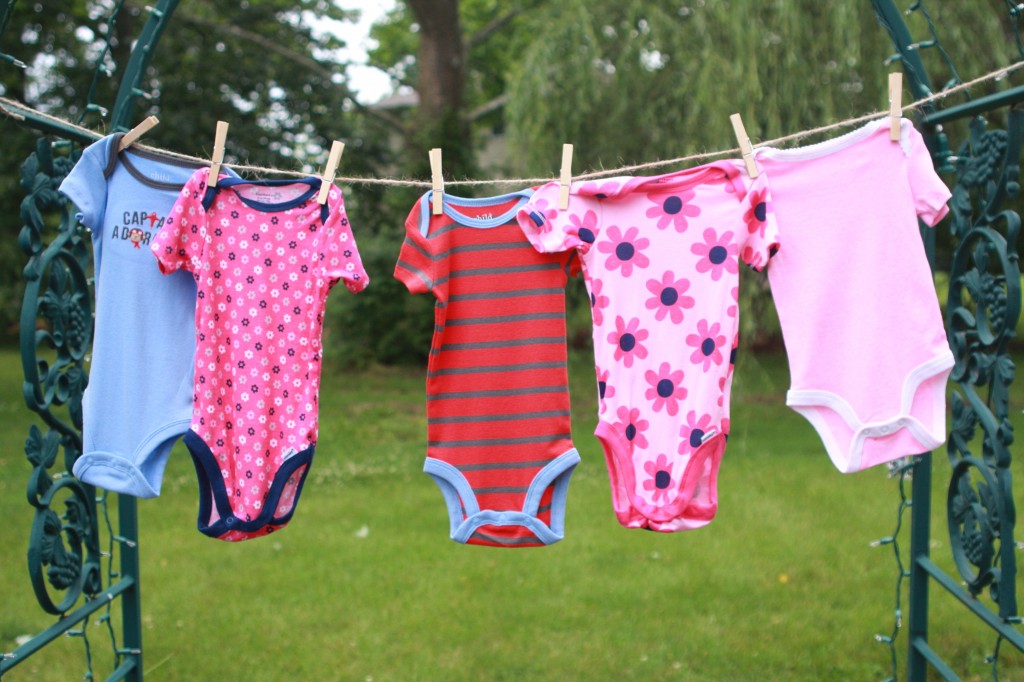 That’s right, it’s a girl! Lila Emily Fairchild will be born in early November and we can’t wait! 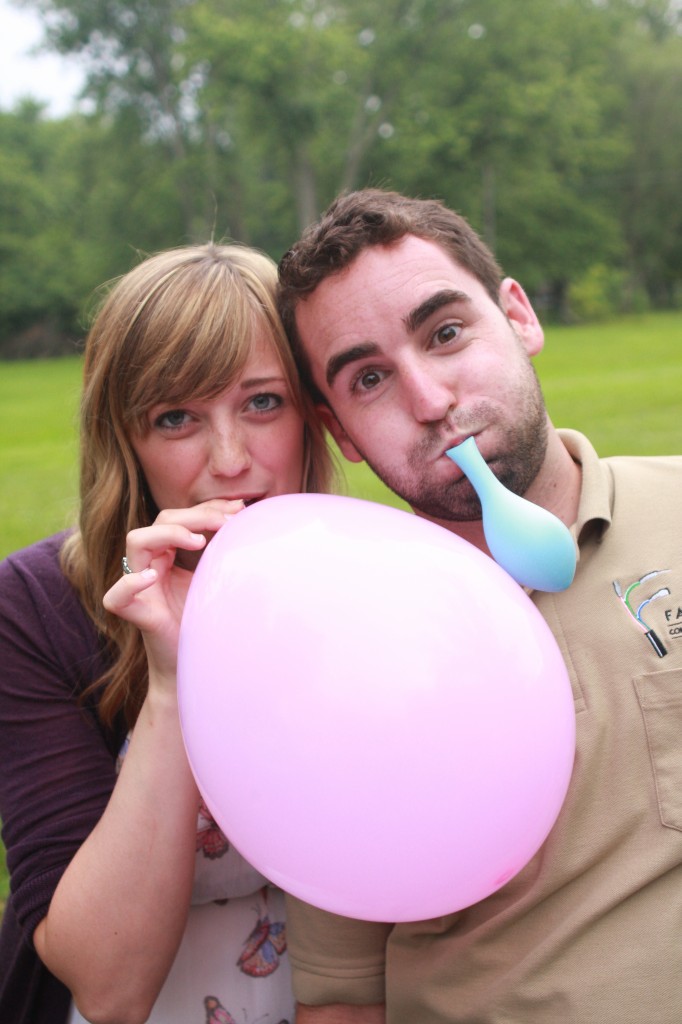 Some were very happy to hear it was a little girl… 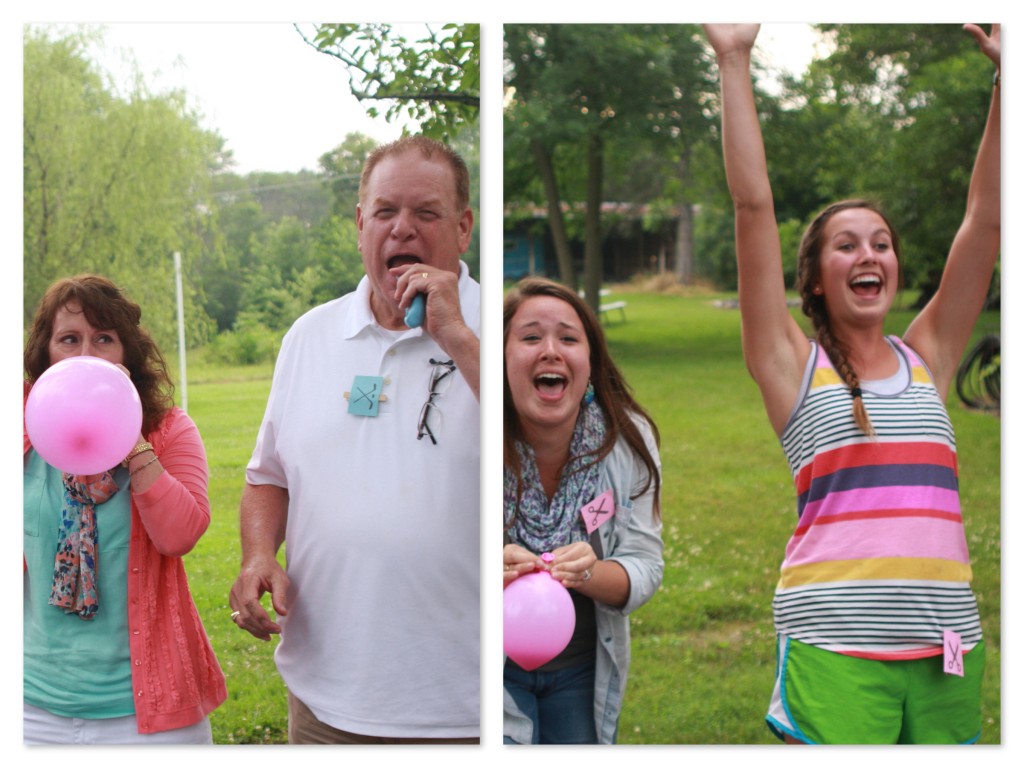 And some, not so much… 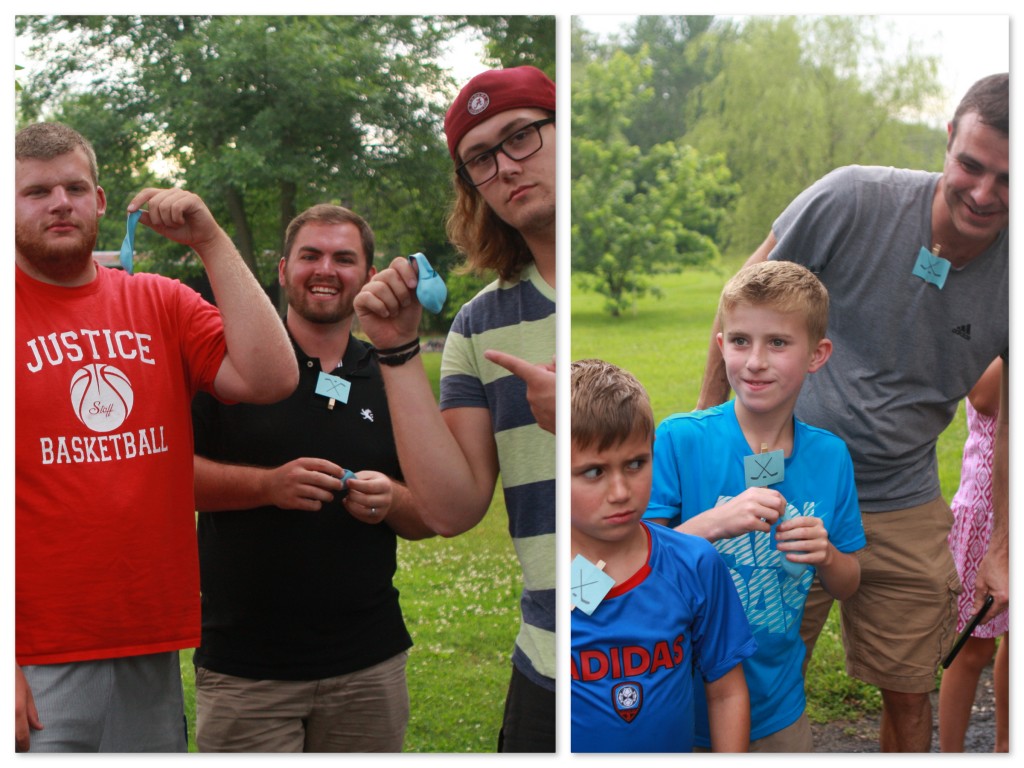 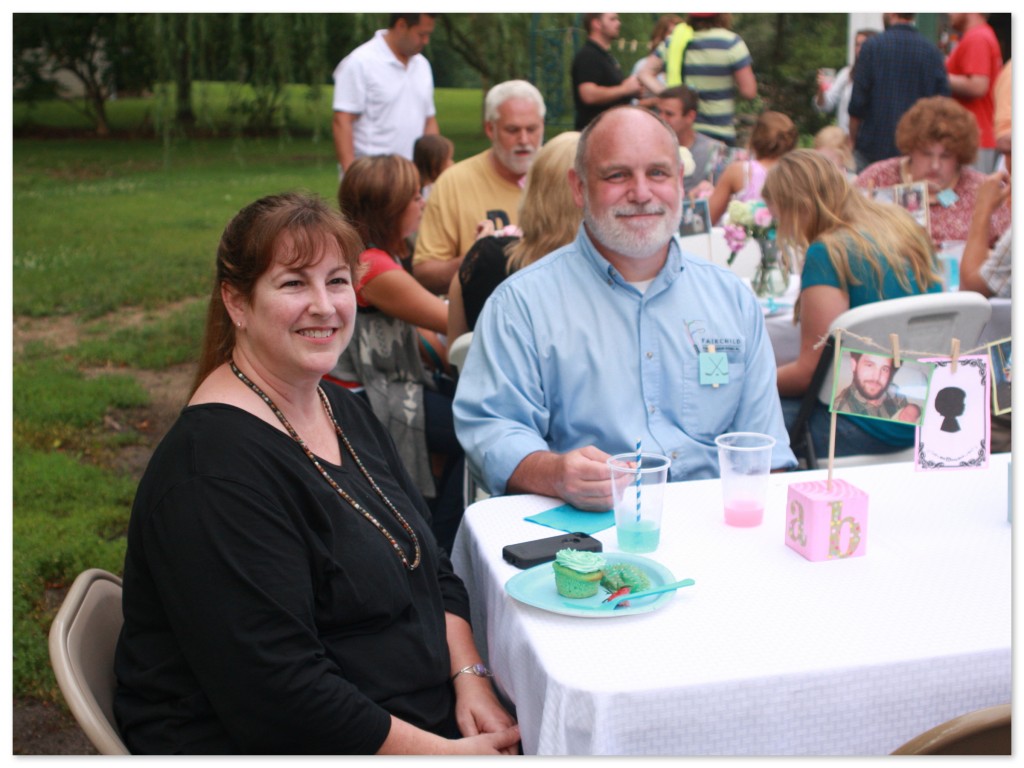 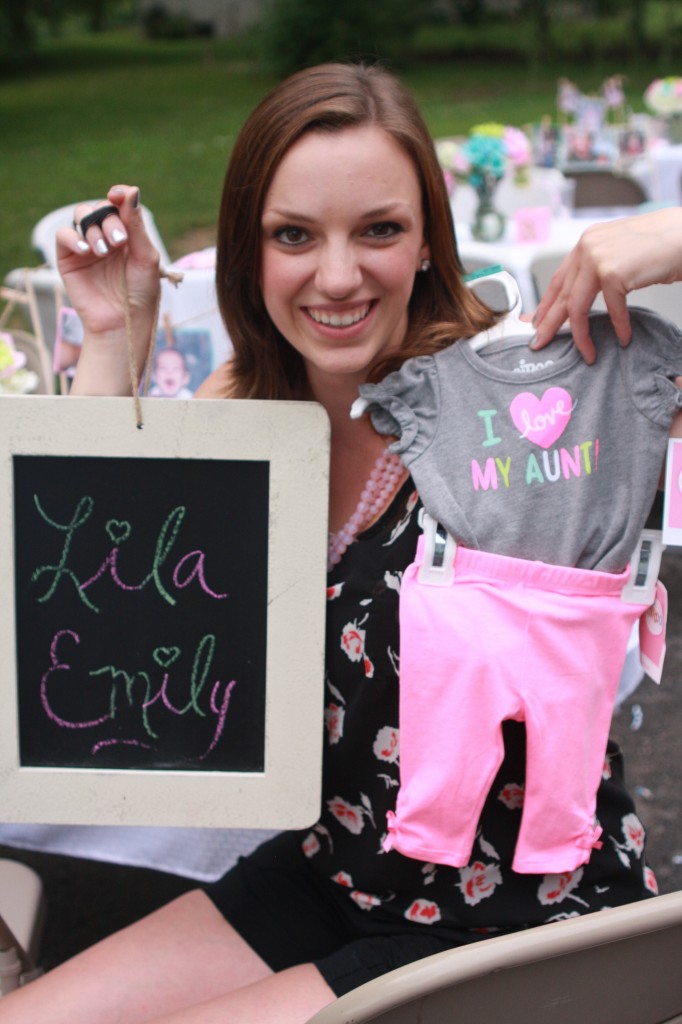 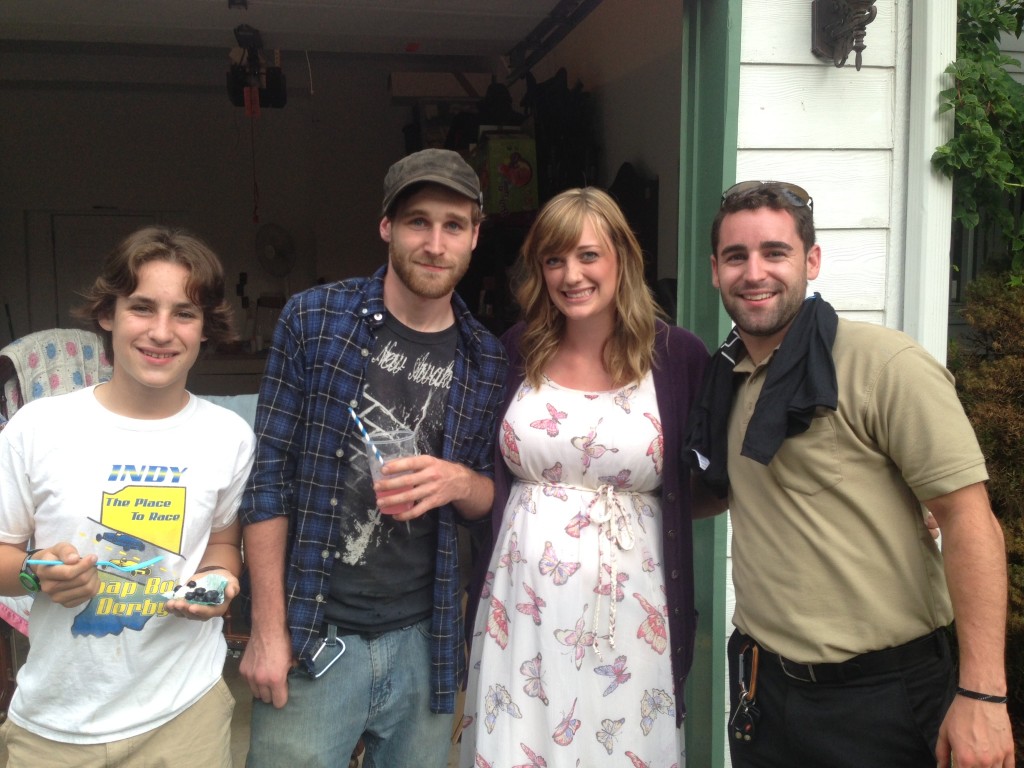 Dad and friends want to make it clear that nobody better mess with Baby Lila! 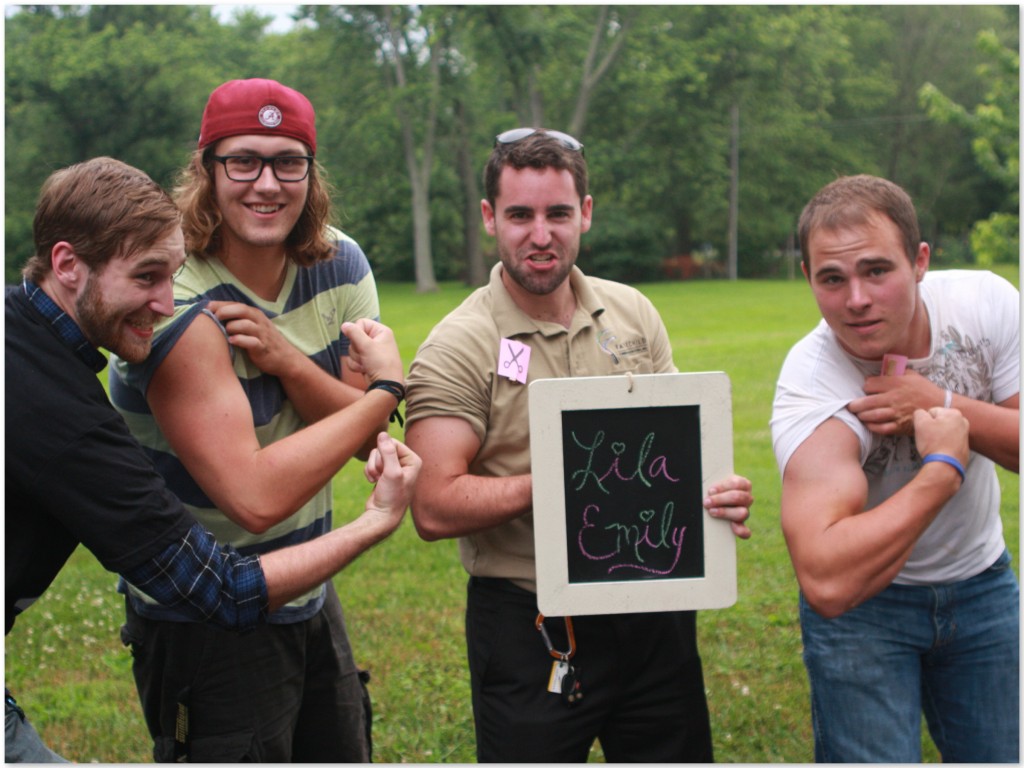 Congratulations, Chase and Laura. We love you so much and can’t wait to meet Lila! 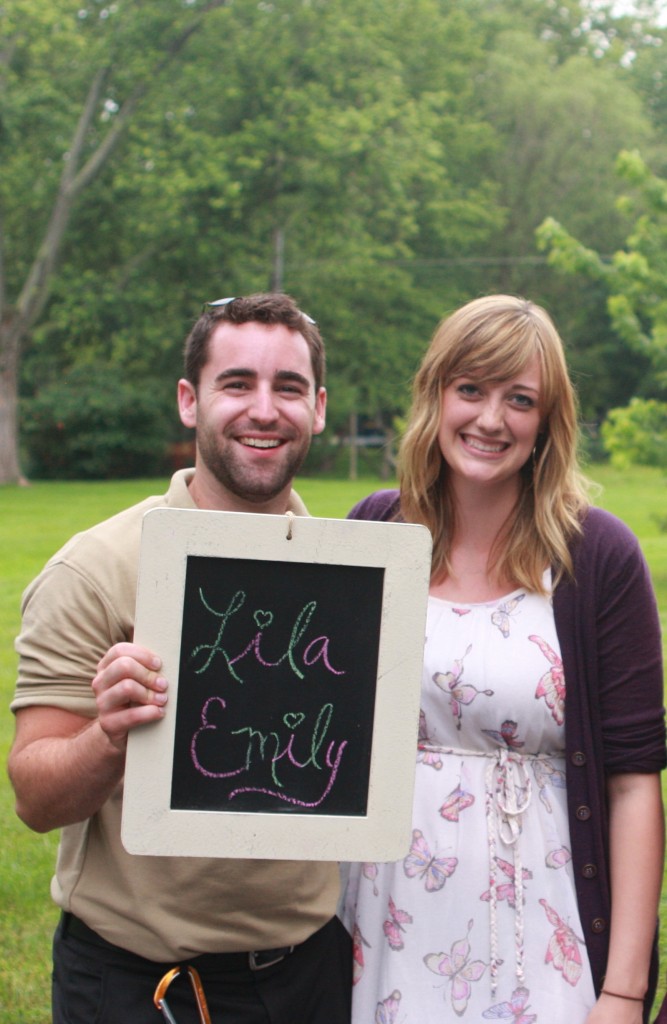